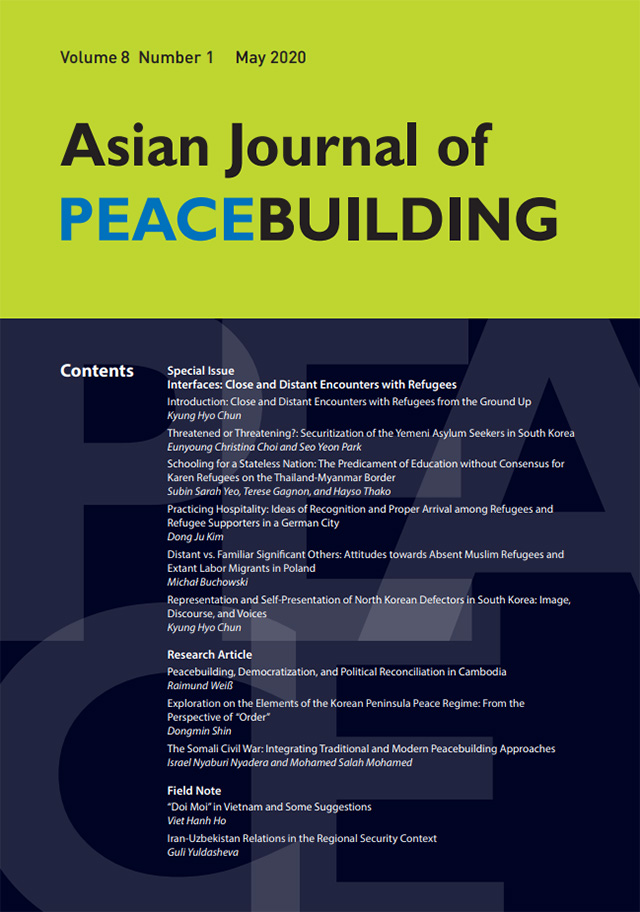 Threatened or Threatening?: Securitization of the Yemeni Asylum Seekers in South Korea

The arrival of many Yemeni people on Jeju Island in 2018 to seek asylum became a mega-political issue in South Korea. This article investigates two questions. First, how and why have Yemeni asylum seekers suddenly become the focus of securitization concerns in South Korea? And second, how have these concerns affected the government’s responses? We argue that three key factors—the influence of media on the refugee crisis in Europe, the Yemenis’ race, gender, and religious background, and South Korea’s internal political and economic situation—have intersected with each other and produced the securitization of Yemeni migration. Amidst highly contested political debates on the protection of forced migrants in South Korea, the state has strictly controlled the border but showed contradictory refugee policies.