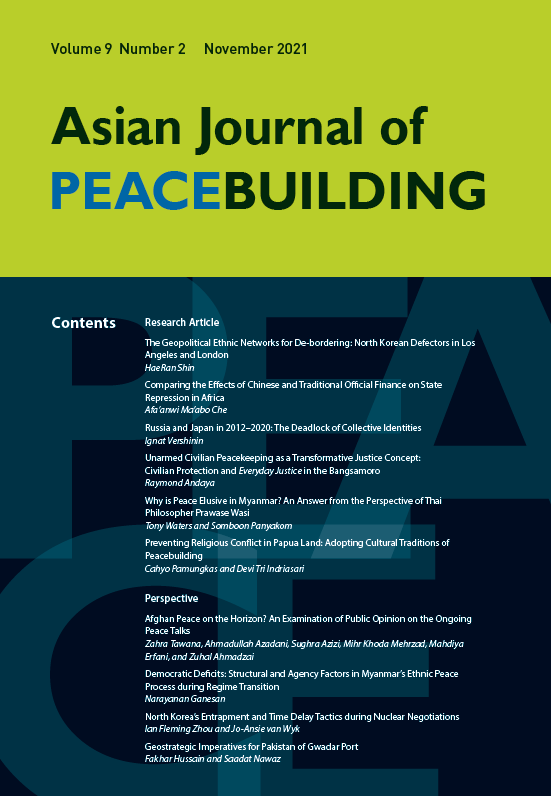 Myanmar has undergone democratic transition since 2010 when the country introduced elections and a parliamentary form of government. The country has now had two successive governments, the first led by President Thein Sein and the second by Aung San Suu Kyi’s National League for Democracy. Both governments have made the ethnic peace process, based on the 2015 Nationwide Ceasefire Agreement, a key policy issue. Nonetheless, only limited success has been obtained thus far, and important structural and agency factors inhibit greater progress. These factors, termed “democracy deficits” in this article, suggest that the peace process has limited scope for further success in the medium term, and that the interactions between these two factors has only worsened the situation. A postscript brings the article up to date.