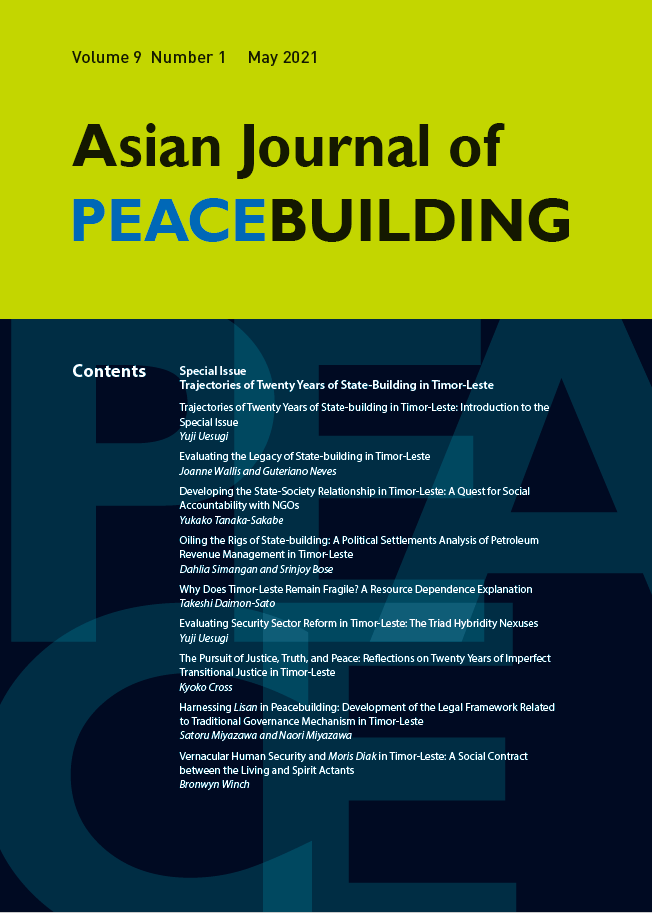 Oiling the Rigs of State-building: A Political Settlements Analysis of Petroleum Revenue Management in Timor-Leste

Timor-Leste’s extractive industry became economically and politically important during the post-conflict transition period. The government established the
Petroleum Fund in 2005 to protect the economy from a “resource curse.” However, the management of the Fund has since become a source of controversy as it created
opportunities for corruption and unsustainable spending practices. We argue in this article that political dynamics, in addition to if not more than weak institutions,
engendered corruption, clientelist rule, and economic disenfranchisement in postconflict Timor-Leste. Using the Political Settlements approach as an analytical framework, we demonstrate that patronage, rivalry, and rent seeking in the management of petroleum revenues are associated with economic and political challenges in Timor-Leste’s state-building process.